A text is composed by many sections, and each section can be translated into multiple languages.

You can think of it in an analogous way to books idea, considering texts as books, sections as chapters and each chapter having many translations.

At the heart of Equilang are the translations side by side, where each sentence is confronted with the translation, words' literal translations, pronunciation and audios, for example, considering this excerpt from Li Bai's famous Chinese poem, a line would look like:

Read side by side, each text can be placed alongside its translation in different languages, one language at a time.

Read different scripts and know how each word sounds.

Transliteration is a type of conversion of a text from one script to another that involves swapping letters in predictable ways (such as α → a, д → d, æ → e).

Interlinear notations of the meaning of each word in a text.

A gloss is a brief notation of the meaning of a word or wording in a text. It may be in the language of the text, or in the reader's language if that is different.

See how words are written and hear how they are pronounced.

Reading in L1 and listening to L2 audio and vice versa. 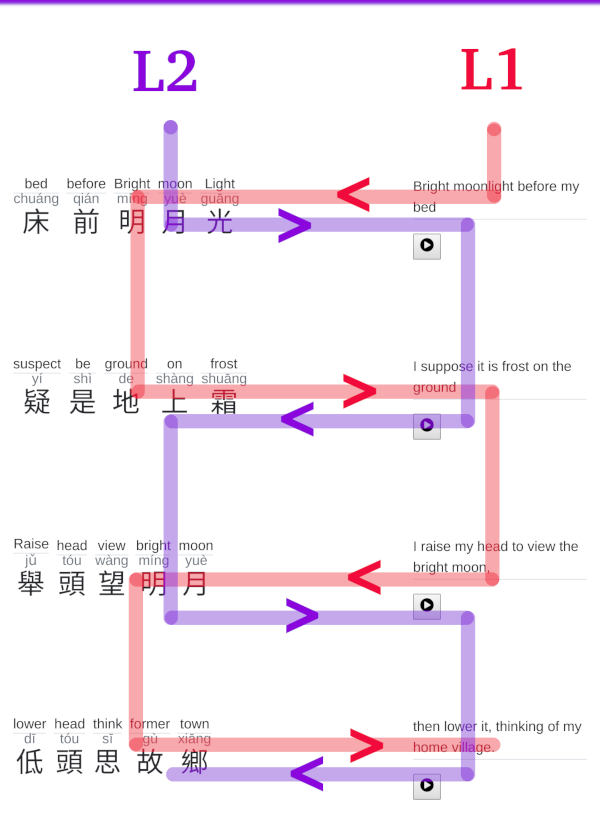